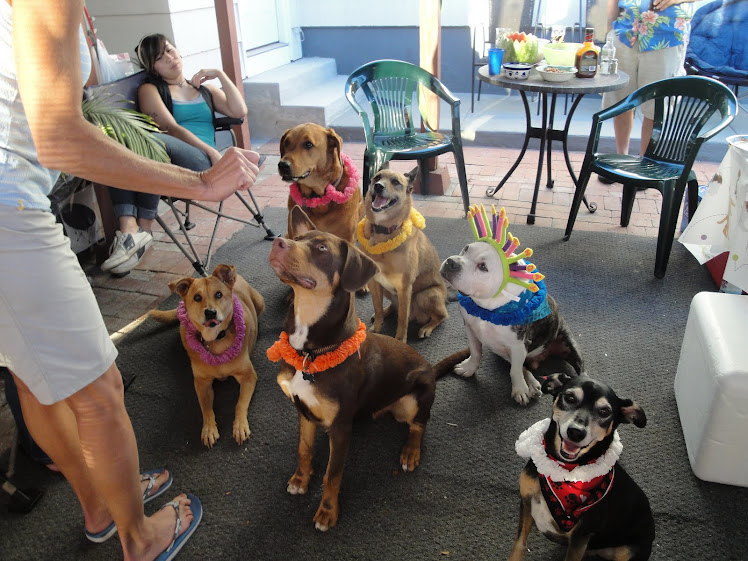 The mouth watering treat! Everybody focus!!!

Thumbs up for Florida!!

Victory for Victims
It’s a red-letter day! Dogs in Florida will no longer automatically be euthanized after they've been saved from dog-fighting busts. Instead, they'll be evaluated as individuals and given the chance to find great homes! It's all thanks to Senate Bill 722, spearheaded by Best Friends Animal Society and sponsored by Rep. Garcia of Miami and Sen. Norman of Tampa. It's just been signed into law by Gov. Rick Scott!

Welcome to "A day in the life of a dog..." My name is Crystal and I am surrounded by dogs every day of my life. I own Stop! Doggie Time! a dog walking/pet sitting business that I started back in 2007. I meet a lot of new dogs, faces and personalities each day. I have a lot of stories to share and I hope with sharing them, I can bring a smile to your face or even bring back an old memory of a dog that was once part of your life and you can say, oh yeah I remember that! Please enjoy my blog and if you are ever in need of a dog walker or pet sitter, please visit my website www.stopdoggietime.com Have a happy tail wagging day!